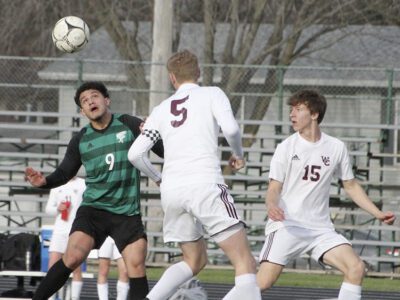 Western Christian scored three goals in the second half to pull away from a close game as the Wolfpack defeated Storm Lake 4-0 in a boys succer match on Tuesday at Tornado Stadium. Storm Lake had five shots on goal, including two by Fernando Reyes. Josh Reyes recorded eight saves in the net. “I felt good about this game going […]

No. 7 Humboldt scores in OT to edge Storm Lake in soccer

Storm Lake rallied with two goals at the 6-minute mark of regulation to force overtime, but seventh-ranked Humboldt scored 3 minutes into the extra session to edge the Tornadoes 5-4 in a boys soccer game on Tuesday at Humboldt. Humboldt struck first when Christian Ramirez scored just 19 seconds into the game to give the Wildcats a 1-0 lead. Humboldt […]

Storm Lake scored four goals in the first half and the Tornadoes were never threatened after that as they defeated MOC-Floyd Valley 5-2 in a boys soccer game on Monday at Orange City. Fernando Reyes scored two goals to lead Storm Lake, now 3-1. Pablo Pascual, Jose Oropeza and Shawn Yang each added a goal. Reyes scored 95 seconds into […]

Storm Lake scored four first-half goals to set the tone and the Tornadoes were never threataned as they defeated Sheldon 5-1 in a boys soccer game on Monday at Sheldon. Pablo Pascual scored two goals. Jose Oropeza, Deryk Hernandez and Rodolfo Zavala each added a goal. Oropeza, Zavala and Shawn Yang each had an assist. “Overall, we did well against […] 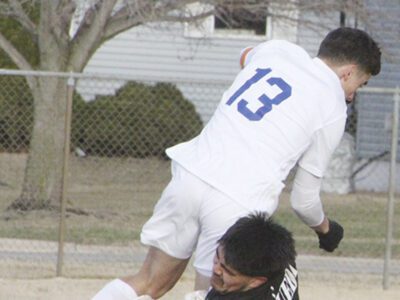 Fernando Reyes scored off a penalty kick, but it wasn’t enough as Sioux Center spoiled Storm Lake’s soccer season and home debut with a 2-1 win on Tuesday. Reyes scored in the first half as the two teams played to a 1-1 tie at halftime. Sioux Center scored a goal with just over 35 minutes remaining and was able to […]

Storm Lake will begin the girls soccer season with a new head coach as Katie Voortmann takes over for Alison Myrtue, who resigned after last season. Voortmann has four starters returning from last year’s team. Heading the list is Andrea Gomez, who scored five goals last season. Elizabeth Tapia-Banuelos is also back, as is Zoe Lopez, who will be a […]

SL girls soccer season comes to an end in regionals

Alison Myrtue is not a big fan of how high school soccer matches are decided after two sudden death overtimes. After all, the Storm Lake girls coach has seen her team come up short twice this season in a best-of-five, winner-take-all penalty kick shootout scenario. It happened again last Friday as Myrtue’s Tornadoes played Carroll in a Class 2A regional […] 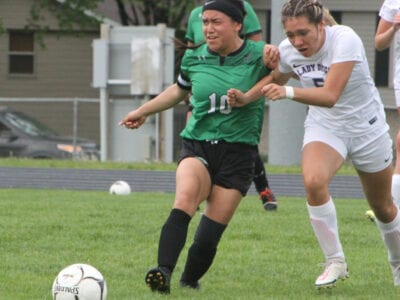