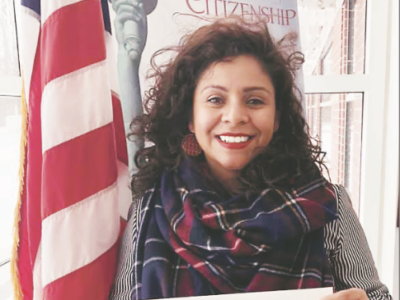 After 20 years in SL, advocate for Dreamers becomes citizen

A patriotic flower arrangement and a flag greeted Ofelia Rumbo Valdez last Thursday when she arrived at Pro Co-op in Pocahontas, where she works.  The day before it became official: She’s a U.S. citizen. “It’s been such a journey!” she exclaims. “I praise God for this honor, responsibility and privilege.”  She said it was nerve wracking to go in front […] 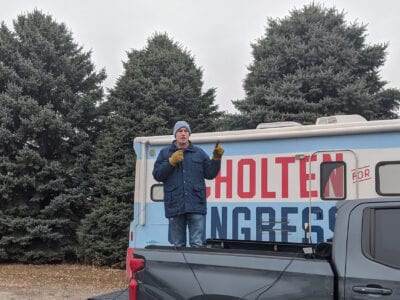 Running in reddest district, Democrat thinks he can win

Saturday’s parking lot rally at the Field of Dreams was the last time JD Scholten will visit Storm Lake until the election next Tuesday, a reckoning for the Sioux City Democrat’s uphill effort to swing one of the country’s most conservative congressional districts.  Scholten says he stopped counting the number of times he’s visited Storm Lake and towns its size […]