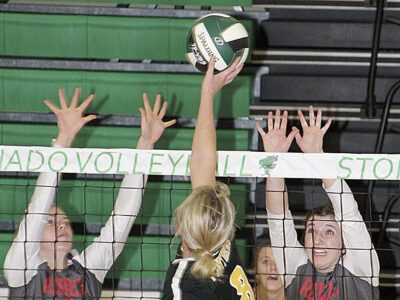 Newell-Fonda finished as the runner-up in the Twin Lakes Conference after winning a pair of league matches last Thursday in Lake City. The Mustangs beat Sioux Central 25-7, 25-12, 25-17 in the first match. Mary Walker led in hitting, going 19-for-21 with nine kills. Macy Sievers was 13-for-14 with nine kills and Kinzee Hinders was 6-for-7 with four kills. Emma […] 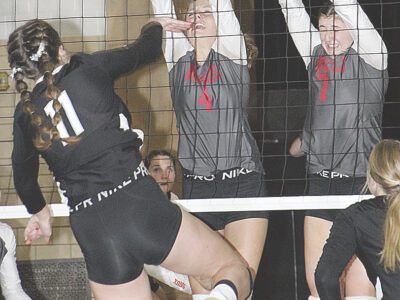 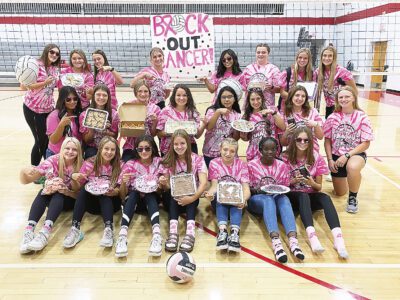 Sioux Central volleyball hosted their second annual Pink Out Night Thursday, Sept. 16. During this event they hosted a silent auction of baked goods provided by players and their parents. Fans are able to bid on each baked good throughout the JVR, JV and into the third set of the varsity match. All money raised is donated back to area […]

Alyse Terrell went 21-for-24 in hitting with two kills and was 5-for-5 in serving, but it wasn’t enough as Manson Northwest Webster handed Sioux Central a Twin Lakes Conference setback on Tuesday at Manson. Scores were 25-17, 25-15, 25-13. Preslie Peterson went 5-for-8 in hitting with three kills for the Rebels. Morgan Christian was 7-for-8 with two kills and Halle […]

Sioux Central suffers from momentum shift in loss to Spencer

Morgan Christian went 20-for-21 in hitting with six kills and 6-for-6 in serving, but it wasn’t enough as Spencer defeated Sioux Central in three sets on Monday at Spencer. Scores were 25-16, 25-15, 25-11. Halle Laursen went 14-for-20 with four kills to lead the Rebels in hitting. Bradi Krager went 14-for-17 with three kills. Krager charted three set assists. Alyse […]

Sioux Central played in the Spencer Tournament last Saturday and the Rebels came away with a win in four matches. The Rebels were defeated by Spencer 21-9, 21-12. Alyse Terrell went 8-for-10 in hitting with three kills. Morgan Christian was 7-for-7 with three kills. Natalie Laursen charted seven set assists. Laursen and Bradi Krager each had four digs. Krager went […] 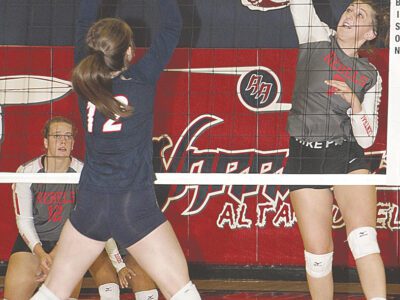