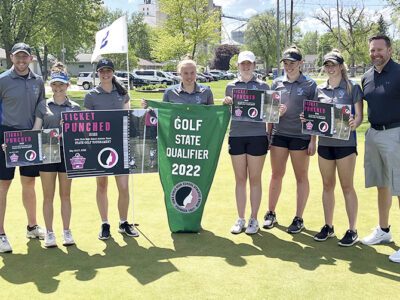 Three individuals advance Newell-Fonda is heading back to the girls state golf tournament, and the Mustangs did it in record-breaking style. Newell-Fonda broke an 18-hole school record with a 370 to win a Class 1A regional final tournament by 15 strokes on Wednesday at Newell Golf Course. Central Lyon finished second with a 385. Both teams advance to the state […] 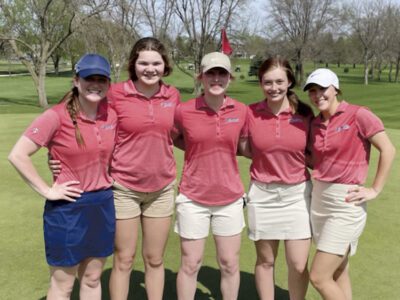 SC girls get past SM by one stroke

Kendra Casey carded a 45 to capture medalist honors and help Sioux Central get past Storm Lake St. Mary’s in a Twin Lakes Conference girls dual golf meet on Monday in Sioux Rapids. The Rebels finished with a 222, the Panthers a 223. Madison Thomsen shot a 54 for Sioux Central. Natalie Laursen golfed a 60, Elise Rusk a 63 […]

Newell-Fonda finished the regular season undefeated for the first time in school history as the Mustangs won a Twin Lakes Conference girls golf quadrangular last Thursday at Dayton. It was the second straight conference title for Newell-Fonda. The Mustangs finished with a 213 team score. Sioux Central was second with a 242 followed by Southeast Valley with a 243 and […] 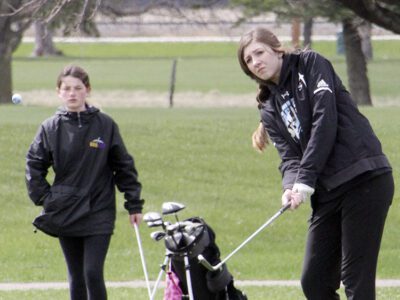 Alexis Barber and Grace Erickson each fired a 101 to finish third and fourth overall and help Newell-Fonda win the Twin Lakes Conference girls golf tournament on Wednesday at BVU Golf Course at Lake Creek. Newell-Fonda finished with a 412 team score. Alta-Aurelia was second with a 419. Storm Lake St. Mary’s took sixth with a 484 and Sioux Central […] 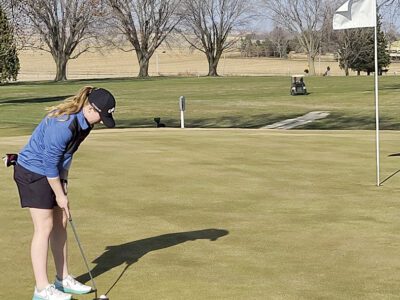 Cale Brechwald carded a 44 and Jack Bloom shot a 45 to help Alta-Aurelia finish second in a Twin Lakes Conference boys golf triangular last Thursday at Aurelia. Emmetsburg was first with a 165. Alta-Aurelia finished with a 184 and Sioux Central a 233. Carson Reinert stroked a 48 for Alta-Aurelia. Lucas Baker shot a 49, Connor Weinhold a 50 […] 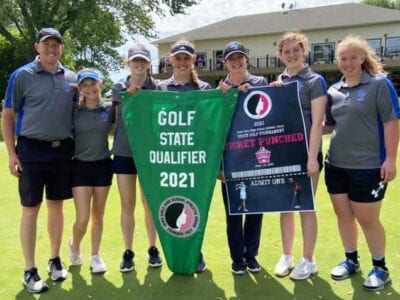 Alexis Barber fired an 87 to finish as runner-up medalist and help Newell-Fonda advance to the girls state golf tournament after placing second in a Class 1A regional final tournament on Monday at Holstein Country Club. The Mustangs actually tied for second place with Remsen St. Mary’s, but won the tiebreaker, which was lowest fifth player’s score. Each team shot […] 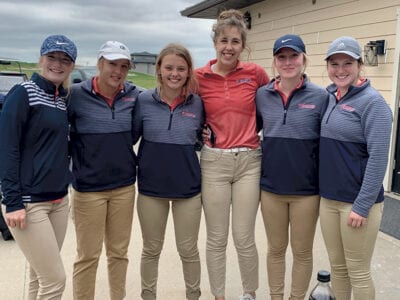 Alexis Barber fired a 95 to finish fourth overall and Brooke Jackson carded a 97 to finish sixth and help Newell-Fonda advance to the regional finals after placing second in a Class 1A first round regional tournament on Monday at Fort Dodge. The Mustangs finished with a 407 team score. Remsen St. Mary’s was first with a 384. Both teams […]

Alexis Barber was the runner-up medalist with a 47 as Newell-Fonda won a Twin Lakes Conference girls quadrangular golf meet last Thursday at Rolfe. The Mustangs finished with a 208 team score. Pocahontas Area was second with a 211 and Sioux Central third with a 238. Brooke Jackson and Grace Erickson each shot a 53 for Newell-Fonda. Ellie Lago golfed […] 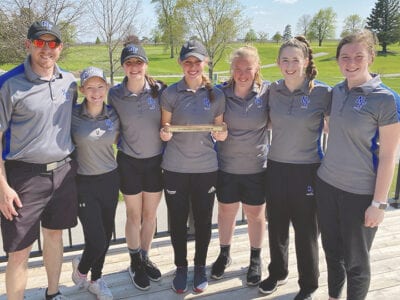 Brooke Jackson fired a new 18-hole school record 88 to capture medalist honors and Alexis Barber finished third overall with a 94 to help Newell-Fonda win the team title in the Twin Lakes Conference girls golf tournament on Monday in Fort Dodge. The Mustangs finished with a 398 team score to beat Pocahontas (425). Alta-Aurelia was fourth with a 447, […]