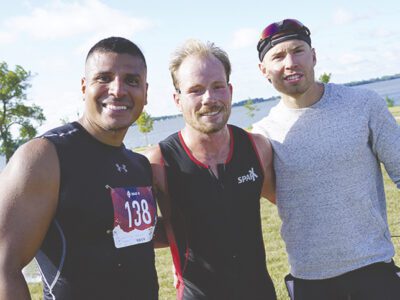 The first place finishers in the triathlon and duathlon in last Saturday’s Storm the Lake Sprint Triathlon & Duathlon have something in common. Both are trained by Storm Lake High school Class of 2008 graduate Ryan Lovstad. Nickolas Kraus, a software engineer from Ames, was sixth out of the water, the first leg of the triathlon, but he finished strong […]