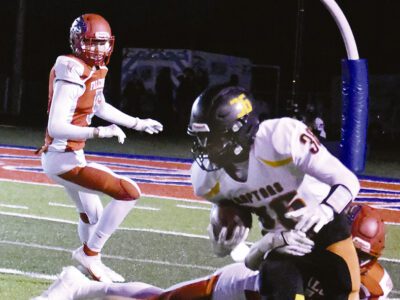 West Sioux scored touchdowns on four consecutive possessions in the first half and then scored on the first two drives of the second half as the Falcons pulled away to a 45-20 win over Ridge View in the second round of the Class 1A football playoffs last Friday night in Hawarden. The Falcons fumbled on their first possession of the […] 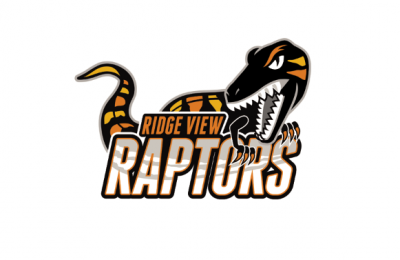 Ridge View gets a rematch with district opponent in No. 9 West Sioux

Ridge View plays its best game of the season in shutting out Treynor, 14-0

Ridge View’s defense came to play last Friday night. The Raptors held Treynor to only 130 yards of total offense, including 70 in the final three quarters as they won their Class 1A first round playoff game over the Cardinals 14-0 at Treynor. Ridge View, now 6-3, will play West Sioux (8-1) in the second round on Friday at 7 […]

If Ridge View is going to win its first round playoff game tonight, the Raptors may have to pitch a shutout on defense. Treynor is 0-2 when it hasn’t scored a point this season and 6-0 when it has. The Cardinals have been outscored 59-0 in their two losses and outscored their opponents 229-64 in their six wins. Shutting out […] 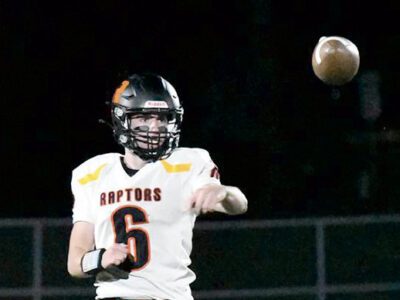 Quarterback Cade Harriman rushed for 96 yards and two touchdowns and passed for 119 yards and one touchdown to help lead Ridge View to a 24-6 win over Sibley-Ocheyedan last Friday at Sibley. The Raptors (5-3) clinched third place in their district with the win and qualified for the playoffs. They will play at Treynor (6-2) in the first round […] 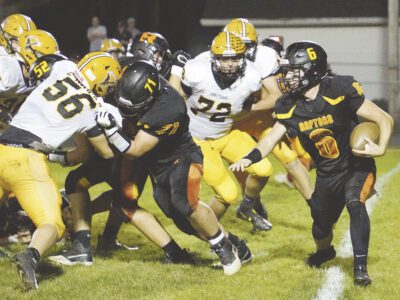 Ridge View already knows that it has made the playoffs. The only question is if the Raptors will be the No. 3 seed or the No. 4 from their district. That depends on tonight’s game with Sibley-Ocheyedan at Sibley. Ridge View coach Dale Tokheim broke down the Raptors’ playoff scenario. “We are in win or lose,” he said. “If we […] 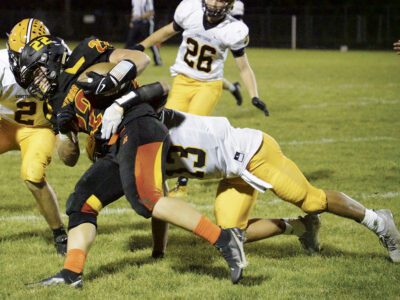 Cade Harriman rushed for 237 yards and a touchdown and passed for 143 yards and four touchdowns as Ridge View routed Emmetsburg 41-14 last Friday at Holstein. The win clinched a playoff spot for Ridge View. A win this Friday over Sibley-Ocheyedan would clinch the No. 3 seed. Ridge View scored two touchdowns in the second quarter to build a […]

After dropping its first four games of the season, Emmetsburg has turned things around by winning its last two games. One game the E-Hawks did it with offense (63-21 over Sibley-Ocheyedan) and the other with defense (28-6 over Sioux Central). Ridge View coach Dale Tokheim, whose team hosts the E-Hawks tonight in Holstein, said they are a typical Emmetsburg team. […]

West Sioux held Ridge View to just 114 yards of total offense as the Falcons cruised to a 42-0 win over the Raptors last Friday at Hawarden. West Sioux scored two touchdowns in the first quarter, two in the second quarter, one in the third quarter and one in the fourth. Ridge View finished with 92 yards rushing and 32 […]

One thing you can say about West Sioux. The Falcons can put up some points. West Sioux has scored 204 points in its first five games and are off to a 4-1 start. Ridge View will try and figure out a way to slow them down when the two teams meet tonight in Hawarden. “West Sioux is a great team,” […]