Buena Vista University 1990 graduate Rick Caldwell is one of the most successful coaches in the history of Iowa high school wrestling. Nine state championships and the record in state tournament points will do that for a coach. This fall, Caldwell takes his place in the BVU Athletics Hall of Fame for his accomplishments not only as a coach, but […] 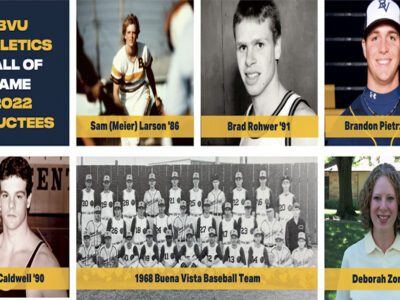 Members to be enshrined Sept. 30