Two members of conference runner-up Newell-Fonda and a pair of players from third-place team Alta-Aurelia headline the list of selections to the Twin Lakes Conference first team in volleyball, it was released. Macy Sievers and Mary Walker from Newell-Fonda, and Shea Lockin and Jenna Nielsen were chosen to the first team by a vote of the league’s coaches. They were […] 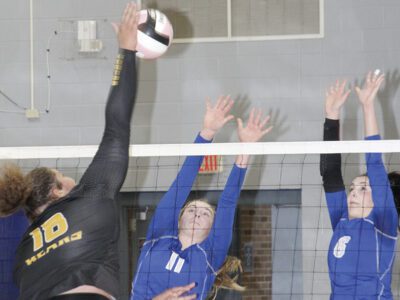 One team was trying to clinch its first state volleyball tournament appearance in school history. The other team wanted to keep its streak of 11 straight state appearances alive. Newell-Fonda, ranked seventh in Class 1A, was on the cusp of securing its first-ever trip to state, but No. 10 Janesville rallied from match point to win the fourth set and […] 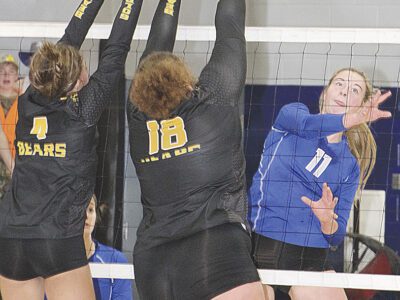 For the fifth consecutive year, Newell-Fonda will be playing for its first-ever trip to the state volleyball tournament. The Mustangs, who have reached the regional finals the last four years, returned to that position again after beating Algona Garrigan in a Class 1A regional semifinal match on Monday night in Newell. Scores were 25-17, 25-27, 25-11, 25-19. No. 7 Newell-Fonda, […]

Newell-Fonda finished as the runner-up in the Twin Lakes Conference after winning a pair of league matches last Thursday in Lake City. The Mustangs beat Sioux Central 25-7, 25-12, 25-17 in the first match. Mary Walker led in hitting, going 19-for-21 with nine kills. Macy Sievers was 13-for-14 with nine kills and Kinzee Hinders was 6-for-7 with four kills. Emma […] 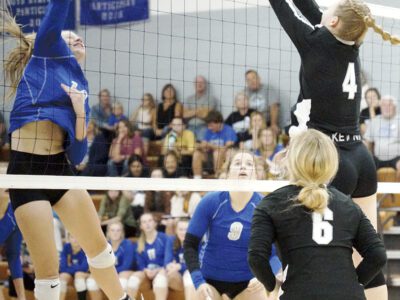 N-F serves up victory over SM

Newell-Fonda gets past Manson in Twin Lakes match 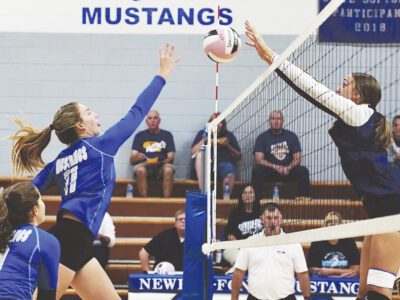 Mary Walker went 16-for-16 in hitting with 12 kills, was 16-for-16 in serving with four aces and charted eight digs as Newell-Fonda, ranked No. 7 in Class 1A, defeated West Bend-Mallard in a Twin Lakes Conference match last Thursday at Newell. Scores were 25-14, 25-9, 25-6. Macy Sievers went 12-for-13 in hitting with six kills for the Mustangs. Kierra Jungers […]