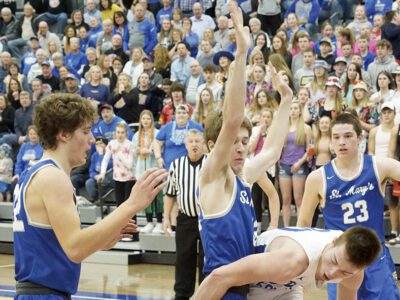 In a game that featured a lot of intense pressure defense, it came down to one final stop. And Remsen St. Mary’s got it. The Hawks forced a turnover on a Newell-Fonda inbounds pass with 5.7 seconds left to secure a 48-47 win in a Class 1A substate final game and advance to the state tournament for the sixth year […] 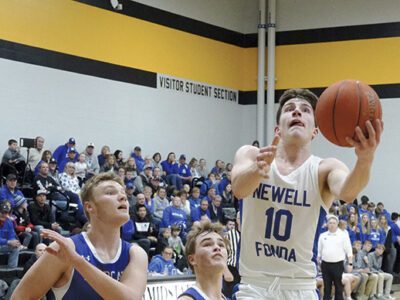 Newell-Fonda showed how quickly it can score points. The ninth-ranked Mustangs did not score their first point of the game until just under 4 minutes left in the first quarter, but they scored 17 points the rest of the period to take control and go on to beat Woodbury Central 71-51 in a Class 1A district final game on Tuesday […] 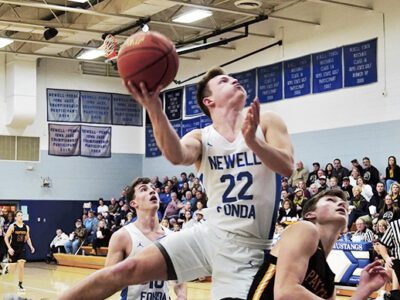 Newell-Fonda used a quick 7-0 run late in the third quarter to turn the momentum around and the Mustangs maintained a double-digit lead the rest of the way as they defeated Kingsley-Pierson   69-50 in a Class 1A district semifinal game last Thursday at Newell. It was Newell-Fonda’s 15th straight win. Newell-Fonda, now 21-2, played Woodbury Central (15-8) in a district […] 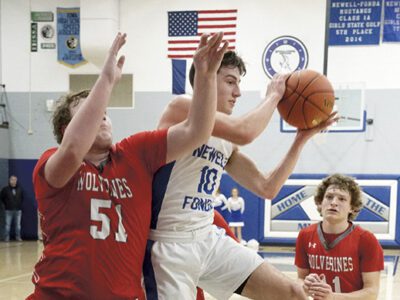 Newell-Fonda rolls past River Valley in first round, 92-21

Newell-Fonda made quite a statement coming out of the gate. The Mustangs stampeded to a 24-2 start in the first quarter and never looked back as they defeated River Valley 92-21 in a Class 1A district quarterfinal game on Monday night at Newell. Newell-Fonda (20-2), ranked ninth, played Kingsley-Pierson in a district semifinal game on Thursday night at Newell. The […]

Carter Sievers scored a career-high 31 points to lead three players in double figures as No. 9 Newell-Fonda won its 13th straight game after beating OABCIG 88-62 iin a nonconference game last Thursday at Newell. Newell-Fonda (19-2) jumped out to a 22-15 lead after the first quarter. The Mustangs extended their lead to 43-26 by halftime. It was 66-42 after […] 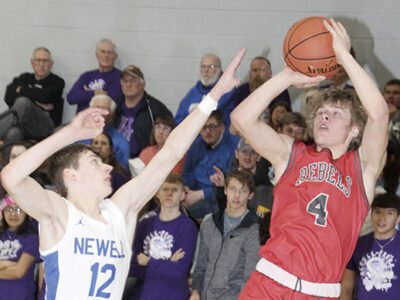 After playing to a one-point buzzer-beating game in December, Newell-Fonda and Sioux Central — the top two teams in the Twin Lakes Conference — were supposed to have another barnburner on Tuesday in Newell. The loss snapped a 16-game winning streak for Sioux Central. But it was all Newell-Fonda as they used a strong first half, building a 15-point lead […] 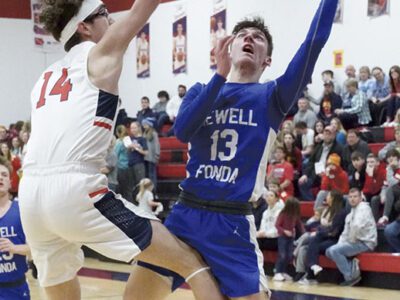 Newell-Fonda catches fire in the third quarter to beat Cherokee

Newell-Fonda scored 33 points in the third quarter to take control as the Mustangs outscored Cherokee 52-36 in the second half to come away with a 75-64 win in a nonconference game last Thursday at Cherokee. Newell-Fonda (15-2) trailed 13-11 after the first quarter and was down 28-23 at halftime. The Mustangs outscored the Braves 33-21 in the third quarter […] 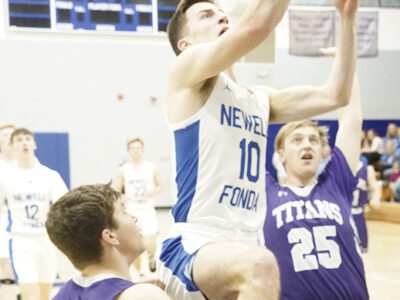 Newell-Fonda used a blazing start, scoring 33 points in the first quarter as the Mustangs defeated GTRA 90-56 in a Twin Lakes Conference game played on Tuesday at Newell. The win clinched at least a share of the conference title for the Mustangs, who are 10-0 in the league, 11⁄2 games ahead of Sioux Central. Newell-Fonda led 33-16 lead after […]