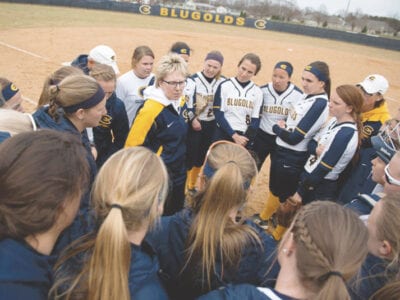 Leslie Huntington will be inducted into the National Fastpitch Coaches Association Hall of Fame in December 2021, an honor stamping a storybook coaching career in which the 1992 Buena Vista University graduate has earned an NCAA Division III national championship (2008) amid 499 victories, and counting, during a 20-year tenure at the University of Wisconsin-Eau Claire. In the wake of […]

Buena Vista University softball alum Leslie Huntington has been named to the 2021 National Fastpitch Coaches Association Hall of Fame as announced by the organization. Huntington is set to begin her 20th season in 2021 as head softball coach at the University of Wisconsin-Eau Claire. In her first 19 campaigns, she has chalked up an overall record of 499-261-2, including […]