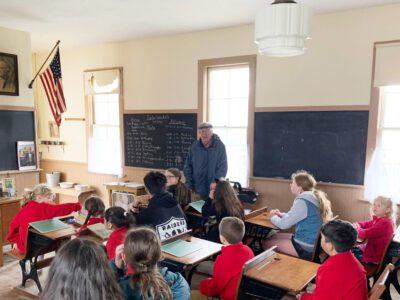 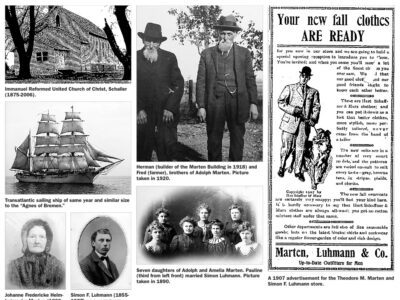 Hardship and success of early German pioneers to the area

Amid the “black” typhus epidemic year of 1847, around 90,000 immigrants from Europe arrived in Quebec, Canada: nearly 60% of the number coming that year to New York. Many were Irish, victims of the potato famine, but one group, from the tiny principality of Lippe (now In Germany), arrived on July 4, having left Bremen on May 15. They were […] 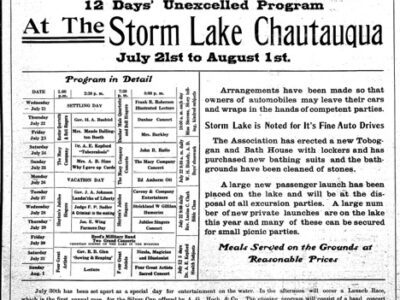 Storm Lake and other local Chautauquas

Chautauqua Park in Storm Lake is a reminder of the important summer meetings which continued almost uninterrupted there from 1904 to 1929. Offering both education and entertainment, these programs operated in a large roofed building with open sides that could hold up to 1,500 people. Many participants camped right outside the auditorium, which was built in 1889, and lasted there […] 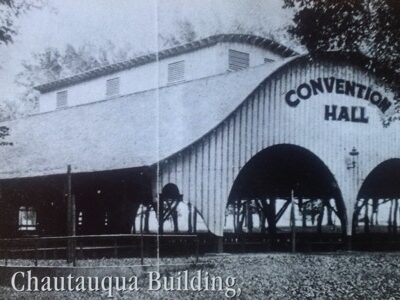 The movies come to Storm Lake 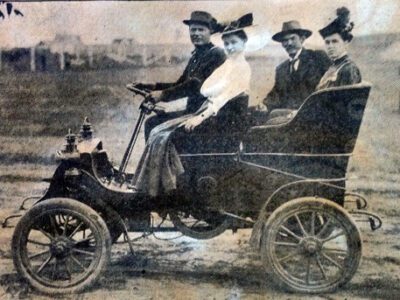 The arrival of the automobile in BV County

The first automobile seen in Storm Lake was in 1902, six years prior to the release of Ford’s celebrated Model T. It belonged to Eugene Sissons, a local realtor. In 1905 the number of vehicles registered in the whole of Iowa was only 799, but by 1920 this number was closing on half a million, and reports from a few […] 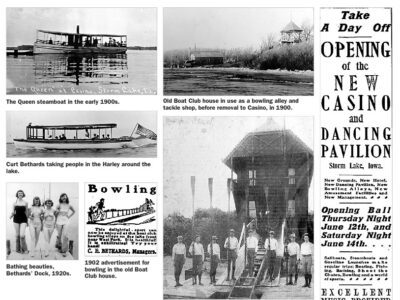 Golden Times: Lake amusements in the early days of SL

Previous tales have been told of the various ways our lake has provided water attractions for both townsfolk and visitors. Using mostly contemporaneous accounts in old newspapers, this article attempts to uncover new information and create a timeline of developments in this area, involving pleasure boats, destinations along the lakeshore they sailed to and activities that greeted people there. To […] 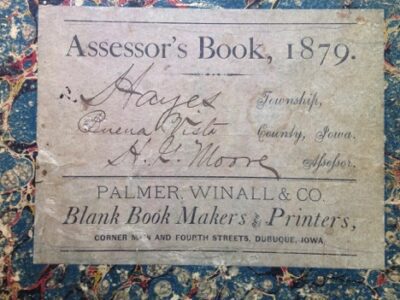 Inspiration for writing this piece was finding the 1879 Assessor’s Book for Hayes Township in the BV County Historical Society Museum. This hand-written ledger is in remarkable condition and contains fascinating details of land ownership and farming during the earliest days of our county. Although some boundary details have changed, Hayes is immediately south of Washington township, which includes the […] 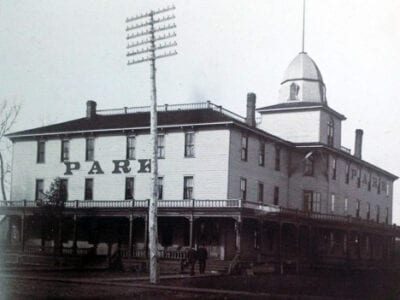 Stories of the old three-story buildings

The downtown area of Storm Lake has many interesting old buildings from the time of rapid growth following the arrival of trains in 1870, and the influx of many newcomers, both from parts of North America further east, and from several countries in Northern Europe. Most original buildings were wood framed, then brick arrived, much of it made here in […] 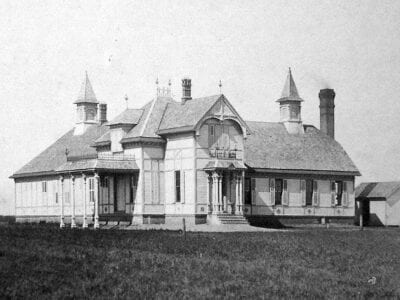 The food industry has been an important part of economic life in Storm Lake and Buena Vista County since the earliest days of our community, but over time significant changes have taken place. Until about the time of the Second World War, one of the most important food businesses here was industrial milk processing and the making of items such […] 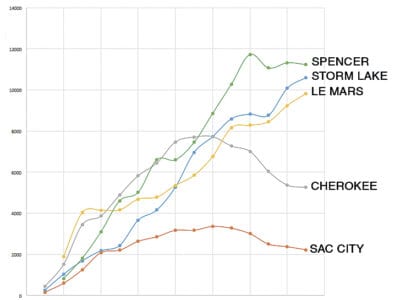 Storm Lake, Le Mars still on the up and up on population chart To fill a dull moment or two, Jon Hutchins of the Buena Vista County Historical Society decided to Google the populations of area towns and record their populations every 10 years since 1870. The resulting graph he made is interesting. Spencer, Storm Lake, Le Mars, Cherokee and […]