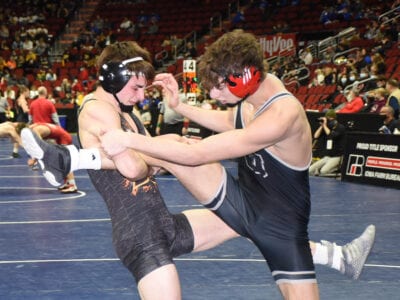 Zander Ernst of Ridge View and Brandon Mier of Alta-Aurelia made the medal podium as each placed in the top eight at their respective weight classes at the state wrestling tournament last weekend at Wells Fargo Arena in Des Moines. Ernst finished fourth in Class 2A at 152 pounds while Mier placed seventh in Class 1A at 195 pounds. Ernst […] 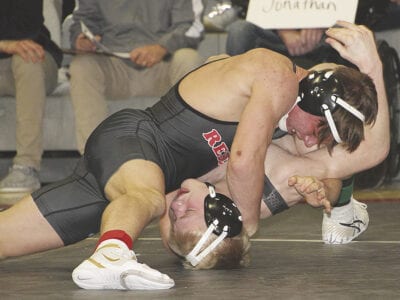 Three area wrestlers punched a ticket to the state wrestling tournament after finishing in the top two in their weight class at district tournaments held on Saturday. Alta-Aurelia had one wrestler advance after a Class 1A district meet at Guthrie Center as Brandon Mier captured the individual title at 195 pounds. Sioux Central’s Chris Ferguson also advanced to state after […]