Freshman Mallory McCall scored a game and career-high 21 points and grabbed 13 rebounds, but it wasn’t enough as Buena Vista ended the regular season with a 68-55 loss to Central College on Wednesday night in Pella. It was all Dutch from the start as they led 16-9 after the first quarter and scored the first 10 points of the […] 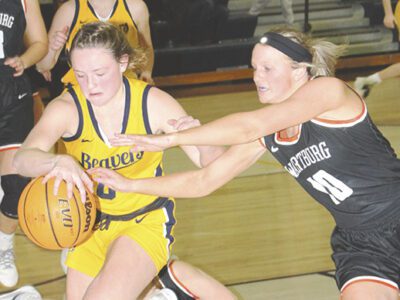 No. 19 Wartburg too much for BVU women

Freshmen Mallory McCall and Taylor Krager each scored 13 points for Buena Vista against No. 19 Wartburg, but it was the Knights’ strong outside shooting that helped lift them to a convincing 98-44 win last Saturday at Siebens Fieldhouse. McCall just missed out on a third straight double-double as she added nine rebounds to her stat line and made the […]

Turnovers hurt BVU women in loss to league-leading No. 5 Simpson

Freshman Mallory McCall scored 18 points and grabbed 12 rebounds while fellow freshman Taylor Krager added 11 points to help lead Buena Vista against No. 5 Simpson, but the Beavers couldn’t overcome 22 turnovers as the Storm rolled to an 89-55 win on Wednesday at Siebens Fieldhouse. McCall matched her career-high in points and set a new career-high in rebounds […]

Buena Vista went back on the road looking to salvage the season split with Coe College, but the Kohawks pulled away in the fourth quarter and hung on for a 62-53 victory last Saturday. Lindsey Anhalt and Mallory McCall each scored 13 points for the Beavers with McCall hauled in 11 rebounds for her fourth double-double of the season. BVU […]

After playing three straight home games, Buena Vista was back on the road on Wednesday night to continue American Rivers Conference play, but the Beavers would have their three-game win streak come to an end with a 74-46 loss to the Spartans. BVU was held to just 29.8 percent shooting and couldn’t overcome 27 turnovers as the Spartans took advantage […] 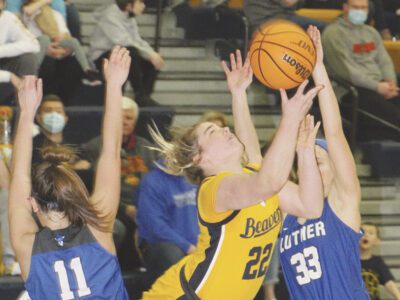 Vanessa Hamlett finished with 15 points and 10 rebounds while Lindsey Anhalt added 13 points and six rebounds to help Buena Vista to a 60-55 win over Luther last Saturday at Siebens Fieldhouse. The Beavers trailed 27-23 at halftime, but came out of the locker room and outscored the Norse 18-9 in third quarter to take control and never looked […]

Freshman Mallory McCall recorded her third career double-double with 18 points and 11 rebounds and was one of four players to score in double figures as Buena Vista rolled to a 73-52 win over visiting Central on Monday night. The Dutch made a free throw for the game’s first points, but BVU answered with three straight baskets and a 6-1 […]

A big second half helped send Buena Vista to a convincing 63-45 American Rivers Conference win over Nebraska Wesleyan on Wednesday at Siebens Fieldhouse. Mallory McCall scored a team-leading 18 points for the Beavers while Lindsey Anhalt finished with 12 points and a career-high 14 rebounds en route to her first career double-double. Hannah Whitver chipped in with 10 points […] 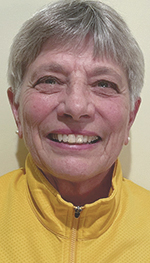 BVU women’s basketball: A celebration 50 years in the making

Player shares memories of that first season in 1972

Buena Vista University recognizes 50 years of women’s basketball during an Alumni Game Day celebration as the Beavers host Luther on Saturday in Siebens Fieldhouse. The women’s game will tip at 2 p.m. with the men’s contest to follow. While the origins of BVU women’s basketball go back just beyond 50 years, it was a half-century ago that Coach Harriet […]