Buena Vista had three players selected to the National Fastpitch Coaches Association all-region softball team on Monday. Sophomore Nattie Murillo was a first team selection at third base while senior Ashtyn Miller was a first team pick as a pitcher/ utility player. Senior Carlee Guyett was voted to the second team as an outfielder. Miller becomes a two-time selection and […]

BVU’s historical season comes to an end in regionals

Making its first NCAA regional tournament appearance in 24 years, Buena Vista’s softball season came to an end last Saturday after a 3-2 loss at the hands of No. 12-ranked Bethel University in the second elimination game of the day. BVU advanced on to face the Royals after eliminating Bethany Lutheran a game prior by the score of 8-0 in […] 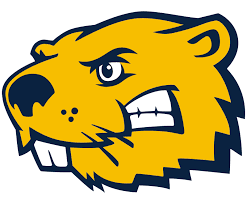 Buena Vista will be making its first appearance since 1998 in the regional round of the NCAA Division III national softball tournament. After receiving an at-large berth from the selection committee, the Beavers will be matched up against Washington (Mo.) in the first game of the double-elimination round. The matchup will take place today at 2 p.m. in St. Paul, […] 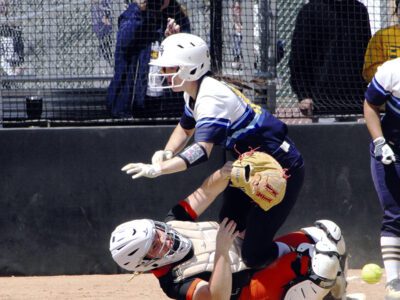 Beavers limited to three hits in 4-0 loss to Knights

Buena Vista was limited to just three hits as Wartburg spoiled the Beavers’ first game in the American Rivers Conference Tournament with a 4-0 win in the semifinals last Saturday in Storm Lake. The Beavers threatened in the first inning with a leadoff single from Carlee Guyett and an infield single from Ashtyn Miller with one out, but they were […]

Despite losing to Wartburg in the semifinals of the American Rivers Conference tournament last Saturday, Buena Vista’s softball season will continue on as the Beavers were selected as an at-large team for the NCAA Division III national tournament. It is BVU’s first appearance since 1998. BVU (26-13) learned on Monday that it will play Washington University (Mo.) (30-10) in a […]

The Buena Vista softball team moved up four spots to No. 2 in the latest NCAA regional rankings that were released on Wednesday, which includes games played through May 1. BVU was at No. 6 heading into the final week of the regular season and is now up to the second spot following a 3-1 week that included a sweep […] 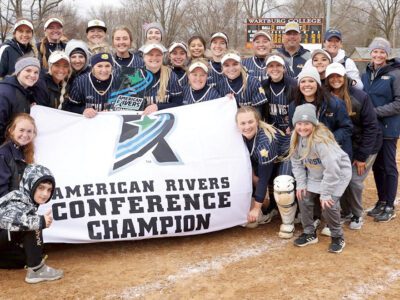 For the first time ever, Buena Vista clinches regular season baseball and softball conference championships in the same year

BVU wins first softball title in 26 years For the first time in 26 years, Buena Vista has won a conference championship in softball. The Beavers accomplished the feat by rallying for six late runs in the nightcap to erase a three-run deficit and complete a sweep of a doubleheader from Wartburg and clinch a share of the title with […]

Buena Vista squeezed out a thrilling 1-0 win in game one at Nebraska Wesleyan, but then dropped a heartbreaking 8-6 contest in game two on a walk-off grand slam with two outs in the seventh inning on Tuesday in Lincoln. It was a pitcher’s duel throughout the opener with the only run coming on a Nattie Murillo RBI single in […]

Buena Vista rallied with a four-run fifth inning in game one to beat Simpson 6-4, but the Beavers were held to just three hits in the nightcap as Simpson won 2-0 for a doubleheader split on Tuesday at Indianola. The Storm grabbed a 3-1 lead in the opener after a three-run first inning. The two teams traded runs in the […]

Buena Vista belted seven home runs during its twin-bill against Central, including six during a wild opener as the Beavers swept a doubleheader from the Dutch by scores of 17-13 and 4-2 on Wednesday in Storm Lake. Ashtyn Miller launched three home runs to lead the charge while Chloe Wells blasted two. The duo went back-to-back on two separate occasions, […]