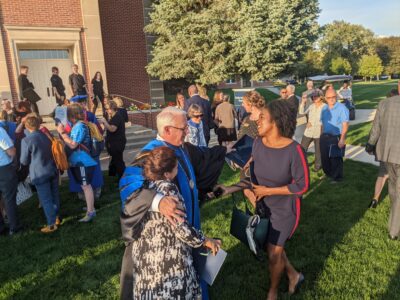 Buena Vista University inaugurated President Brian Lenzmeier as its 19th president on Friday to a crowd of around 75 and Gov. Kim Reynolds, who praised the board of trustees for selecting the former virologist and longtime faculty member. Reynolds opened the two-hour ceremony at Schaller Chapel describing the university as a “rural hub of innovation and entrepreneurship” and Lenzmeier as […] 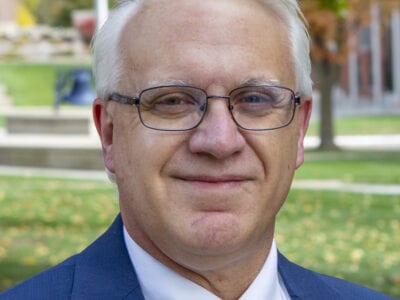 From professor to provost to, now, president

Brian Lenzmeier didn’t envision becoming a university president when he was named to the faculty in 2003.  He also didn’t envision being named president amid a pandemic that forced the closure and truncated reopening of the campus with around 730 students. But there he was on Monday, donning a BVU mask and a dark blue suit in the Lamberti Rec […]