Seven area prep baseball players were recently honored by being selected to the Iowa High School Baseball Coaches Association all-state team. Two players from Storm Lake were named to the second team in Class 3A as seniors Ben Raveling and Mark Eddie were chosen at catcher and utility, respectively. Alta-Aurelia senior Trey Engelmann and Sioux Central junior Gibson Olson were […] 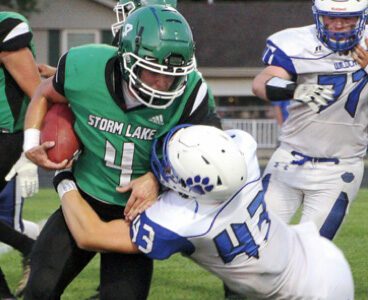 Ben Raveling carded a 79, but it wasn’t quite enough to advance to the state tournament as he missed the cut by three strokes in a Class 3A district tournament last Thursday in Orange City. “I am proud of how he battled all day and how he had some adversity to start the round and recovered really well,” Storm Lake […]

Ben Raveling fired a 78 to finish sixth overall and make all-conference honors to lead Storm Lake in the Lakes Conference boys golf tournament on Monday in Okoboji. Spencer was the team champion with a 310 team score. Storm Lake finished fifth with a 346, five strokes away from third place Cherokee. Mark Eddie golfed an 87 for the Tornadoes. […] 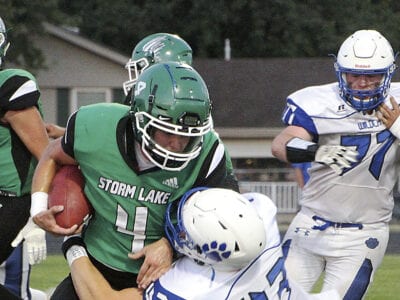 When you play in Storm Lake’s offense, lofty statistics are not going to be there. The system is not predicated on one person dominating the action. But there were many times this season when Storm Lake coach Rudy Wieck wanted one player to run the ball as much as possible. That one player was Ben Raveling. The Tornado senior may […]