Buena Vista had three players selected to the National Fastpitch Coaches Association all-region softball team on Monday. Sophomore Nattie Murillo was a first team selection at third base while senior Ashtyn Miller was a first team pick as a pitcher/ utility player. Senior Carlee Guyett was voted to the second team as an outfielder. Miller becomes a two-time selection and […]

Buena Vista senior Ashtyn Miller has been named the American Rivers Conference Softball Position Player of the Week for the period ending April 24. Miller hit .385 on the week (5-for-13) with three runs scored and four RBI as BVU went 3-1. Miller began the week with a pair of hits during a 6-4 win at Simpson. The following day, […] 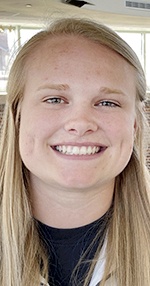 Softball captain excited for season on diamond, career in agriculture

An incredibly successful spring trip to Arizona for Buena Vista University softball pitcher Ashtyn Miller ended rather unceremoniously. Miller sprained her ankle walking from a restaurant to the motel with her family after the last of eight games in Tucson where the Beavers went 6-2. “I played the whole week and then got injured walking along a sidewalk,” Miller said […] 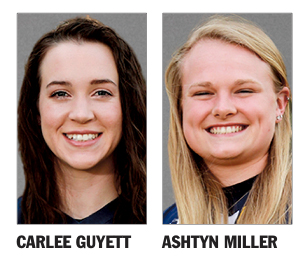 Buena Vista senior Carlee Guyett and junior Ashtyn Miller were each recognized by the National Fastpitch Coaches Association by landing spots on this year’s NFCA All-Region Team. Guyett, who was a first team selection as a freshman in 2018, was named to this year’s second team as an outfielder. She turned in yet another stellar season on the diamond by […]

Buena Vista junior Ashtyn Miller was voted as a first team all-American Rivers Conference utility player while seniors Carlee Guyett and Michaela Mason each landed spots as honorable mention. Miller spent time inside the circle, at first base, and even saw limited action at shortstop for the Beavers this season. She started all 24 games during conference play and posted […] 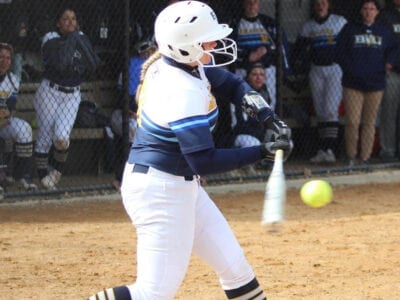 Buena Vista University softball player Ashtyn Miller has been named this week’s American Rivers Conference Position Player of the Week. The junior helped the Beavers sweep a doubleheader at Greenville University on March 7 by going a combined 6-for-7 at the plate in the two games with a double, home run and scoring a pair of runs. Miller had a […]