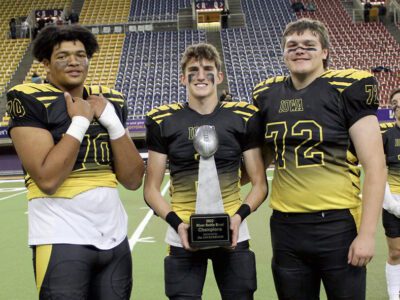 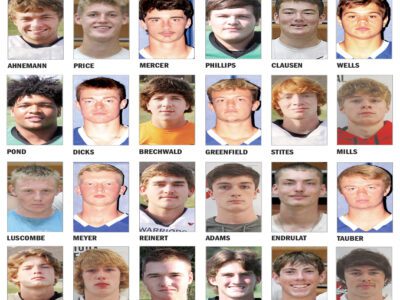 Three schools represented most among list of first team selections

N-F, A-A land six on first team; Ridge View five, SC four, SL three It was another banner year for prep football in the area. Newell-Fonda once again was dominant in the 8-player game, winning 10 of its 12 games. Ridge View won four games and made the playoffs in Class 1A while Alta-Aurelia won three games in Class A. […]

Three members of the Storm Lake football team were recently selected to participate in an all-star football game. Seniors Brody Boeckman, Aiden Phillips and Alan Pond will play in the River Battle Bowl, which will be held on Sunday, Nov. 27, at 1:30 p.m. at the UNI-Dome. The River Battle Bowl is an all-star game that is played between some […]