What’s happening at the Mexico border

Conditions at the U.S.-Mexico border these days are truly disastrous for everyone involved. Thousands upon thousands of migrants seeking entry to this country amass at the border at any one time. The challenge they present threatens to overwhelm both the American organizations and individuals trying to help them, and the border guards who manage their movements. The U.S. government appears unable to find a bipartisan solution.

American cities and counties situated near the border face the needs of near-penniless people who fill local temporary shelters to overflowing. The number of migrants with no roofs over their heads increases hourly. The growing demand for food and water challenges local governments as well. 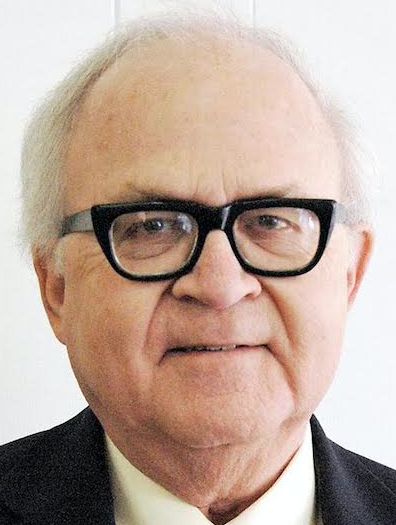 For the migrants themselves, life must be almost unbearable. Their existence back home in Nicaragua, El Salvador, Honduras, Haiti, Venezuela, and elsewhere must have been truly hellish for them to choose instead a trek of hundreds, sometimes thousands, of miles through dangerous territory – dangerous because of geography, weather, and human predators.

Most of the migrants at the southern border bear no responsibility for their plight. They are victims. They chose to migrate rather than succumb to gangs, cartels, or corrupt governments that threaten themselves and their families. Some flee from chronic poverty that seems impossible to resolve.

Various Washington leaders over the years have offered proposals to improve the migrants’ situation, but none has found the magic key to a bipartisanship solution. With the House and Senate to be led by opposing parties starting in January, an answer seems even more elusive.

The most comprehensive proposal so far is probably President Biden’s Citizenship Act of 2021, unveiled very soon after his inauguration in January of that year. The bill, which has yet to pass, provides a gradual, multi-year pathway to citizenship for foreign nationals present in this country before 2021 who successfully meet a criminal background check. They could apply for temporary legal status, seek a green card after five years if they meet certain conditions, and apply for citizenship three years later.

Those young people who hold “deferred action for childhood arrival” (DACA) status from before 2021, as well as those who hold temporary protected status and farm workers before 2021 who meet certain requirements would become eligible for green cards immediately and citizenship three years later.

The bill would help keep families together by cutting backlogs and eliminating long wait times for migrants. It would make it easier for graduates of U.S. colleges with advanced STEM degrees to stay here, and improve green card access for lower-wage workers.

It would protect workers from exploitation, improve the employment verification process, and reduce the backlog of asylum applications. An enlarged immigration court system would provide judges with discretion to review cases, granting relief to deserving individuals.

Crucially important, the bill would provide $4 billion for aid to tackle violence, poverty, and corruption in El Salvador, Guatemala, and Honduras in an effort to reduce incentives for citizens of those nations to emigrate to the United States.

Bringing members of both houses of Congress together around those initiatives will be very difficult, especially with the House of Representatives to convene under Republican leadership in January. The plan’s details must have flexibility in order to bring a bipartisan majority together. Republicans will hesitate, and Democrats may find it impossible to grant GOP members the level of changes they may demand.

Unless lawmakers find it in their hearts to consistently keep the plight of the migrants in their thoughts, a solution may not be possible. In this season of good will, a lesson from Jesus at the Last Supper would be good guidance.

The migrants fleeing to the U.S. from impossible conditions in their homelands surely count as the needy and the poor. After so many years of gridlock, it’s time to come together on the issue. It’s the right thing to do.

Rick Morain is a reporter and columnist with the Jefferson Herald.