Trump plants his flag at the Sioux City airport 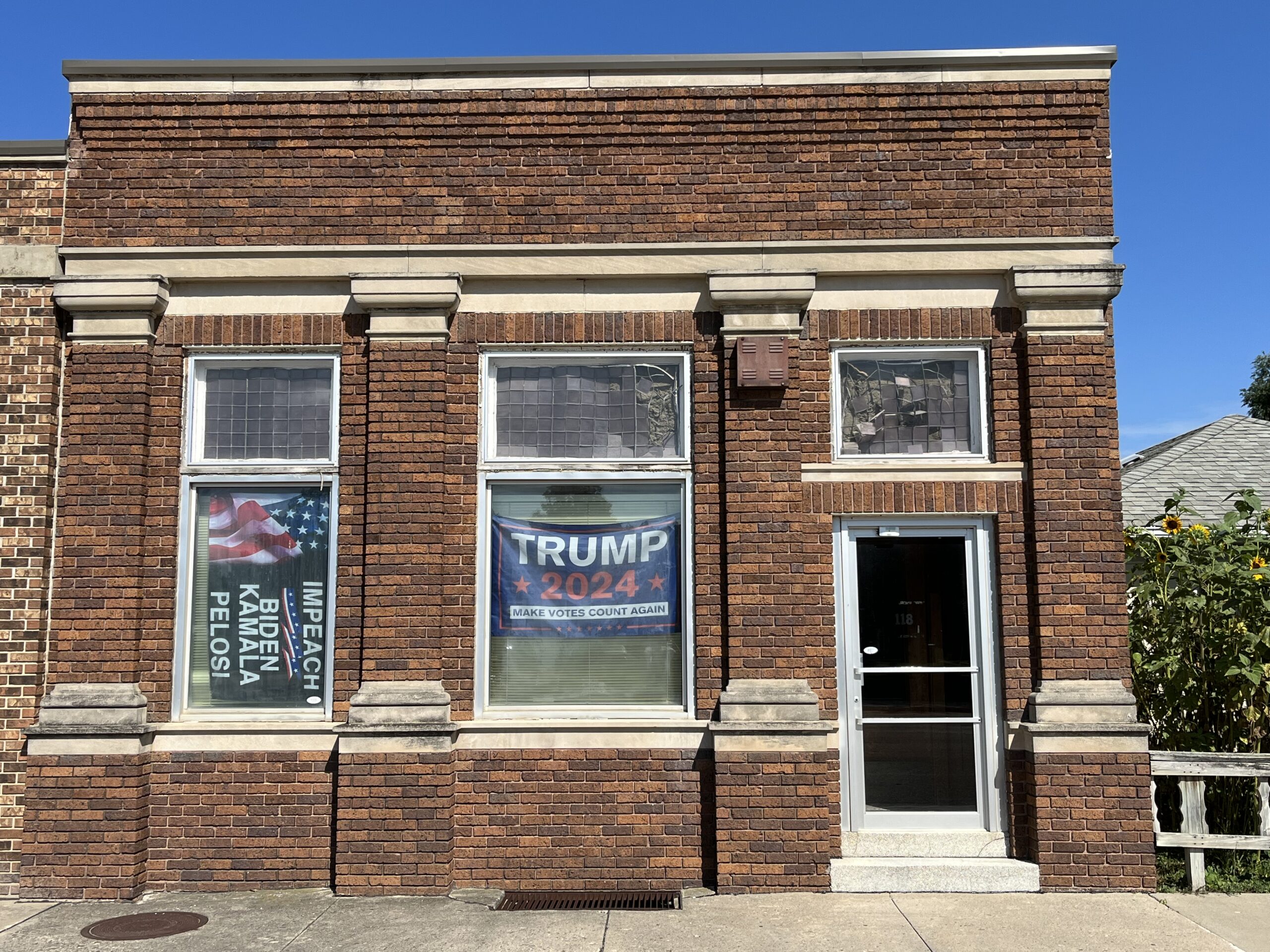 Signs supporting former President Donald Trump hang in the windows of a vacant building in Marathon.

Donald Trump blew into Sioux Gateway Airport last Thursday not so much to praise Chuck Grassley and Kim Reynolds but to tell the cold, windblown diehards that he “very, very, very probably will do it again.”

He set the stage for the 2024 presidential campaign before the midterm election was cast. Trump was loud enough for South Dakota Gov. Kristi Noem to hear him from her front porch. If you are thinking about running, Trump just declared Iowa his turf, with Grassley and Reynolds in the photo frame.

Which means that President Joe Biden will run for re-election, as he recently indicated. The Democratic National Committee does not have to make a decision about which state gets to go first in the nomination process. It is set to bump Iowa out of the pole position, but can put that off a few years. 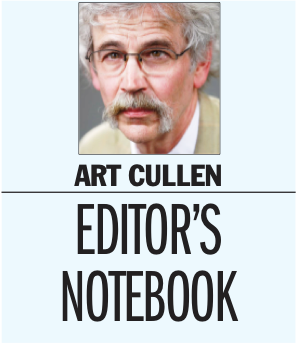 Republicans have been visiting Iowa and intend to caucus first here: Former Vice President Mike Pence of Indiana, ex-Secretary of State Mike Pompeo of Kansas, Sen. Tom Cotton of Arkansas, among others, all of whom play well with the base.

Maybe Florida Gov. Ron DeSantis could give him a go.

The Sioux City crowd was all about Trump. Rep. Marjorie Taylor Greene was there, telling them the man in the orange bouffant is their “one true leader.” Sounds like Boris and Natasha. The pillow man nodded.

They roared when Trump repeated the lie that he got robbed.

“The Iowa way of life is under siege,” Trump said. “We are a nation in decline. We are a failing nation.”

Except, the smell of manure wafted over the rally, we are still slaughtering hogs and playing girls basketball. Farmers seldom have seen better prices. Children’s eyes are shielded from dirty books. The governor declared that boys are boys and girls are girls.

Republicans have controlled the statehouse for several years, controlled the Senate under Trump, and were able to load up the judiciary with Federalist Society members who struck down privacy rights (thanks largely to Grassley — Trump said nobody helped him more). There is plenty of failure to go around.

Actually, Trump is under siege. Prosecutors state and federal are hot on his heels. He believes that running for president will inoculate him from prosecution. He is wrong.

Trump’s popularity is declining as the drumbeat of allegations against him gets louder. Most Republicans do not want him to run again. They said that about Grassley, too, but still nominated him with 70% of the primary vote.

Trump did not win Iowa first time around. His Sioux City appearance was in the stronghold of the GOP. He planted his flag at the airport. He intends to win this time. Lesser politicians will stand clear. There will be a Republican contest in Iowa, but it is very, very, very probably not going to be much of one. These folks are gaga for the song-and-dance man.

Biden is more popular than Trump in national polls. He beat Trump. He made him a loser. Trump can’t take it. Biden knows how to beat him, and Democrats know that. Gavin Newsom can wait four years to run against Kamala Harris, probably not in Iowa.

Trump’s popularity is unlikely to rise. Biden will go up and down with the economy.

Biden could make Trump a two-time loser, depending on the price of gas and hamburger in 2024.

The race was pretty much set by Trump in Sioux City. He wants a rematch. As long as Biden can keep riding his bike, Trump should be careful what he wishes for. The base is with Trump but, as we saw in 2020, the rest of the country was not. By the millions. Fact. America doesn’t like sore losers, but Iowa sure has a bunch of them and they probably will get their way, crazy or not. They will have to find out, again, the hard way. Then maybe we can get back to really making America great.

Art Cullen is the publisher and editor of the Storm Lake Times Pilot. He won the the Pulitzer Prize for Editorial Writing in 2017 and is the author of the book “Storm Lake: A Chronicle of Change, Resilience, and Hope from a Heartland Newspaper.” Cullen can be reached at times@stormlake.com.