For the first time ever, Buena Vista clinches regular season baseball and softball conference championships in the same year 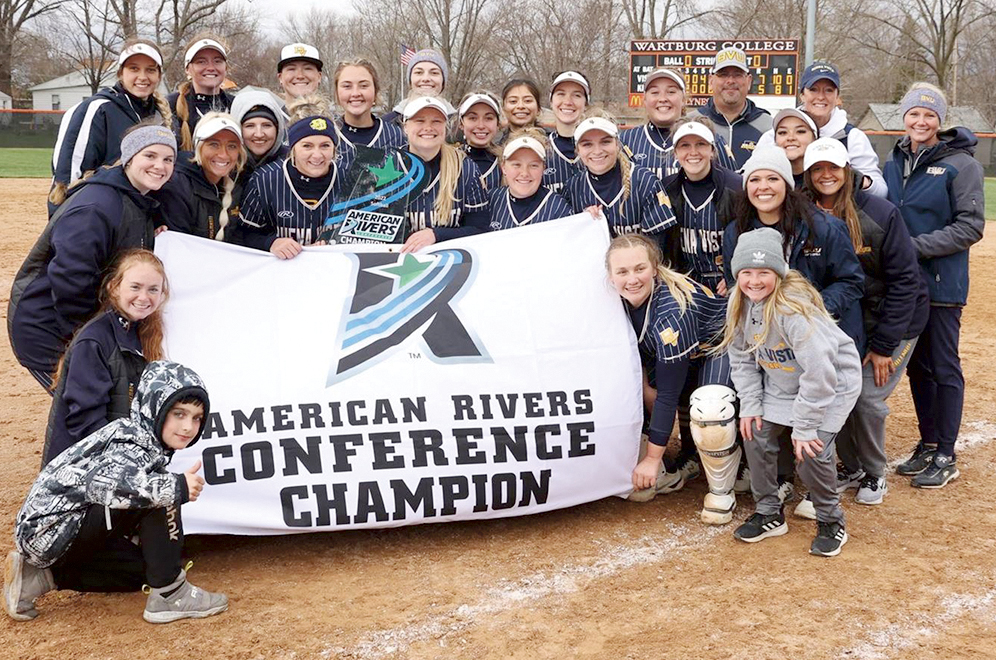 Members of the Buena Vista softball team pose with their conference champion banner after beating Wartburg 7-5 on Sunday. It was BVU’s first conference title in 26 years. Photos by Tim Gallagher, BVU

For the first time in 26 years, Buena Vista has won a conference championship in softball.

The Beavers accomplished the feat by rallying for six late runs in the nightcap to erase a three-run deficit and complete a sweep of a doubleheader from Wartburg and clinch a share of the title with Dubuque on Sunday in Waverly.

The Beavers needed to sweep the Knights to earn their first regular season conference title since 1996.

Game one saw the Beavers get off to a quick start with Rylee Cain and Jamie Wendt each contributing with a pair of RBI singles making it 2-0 after the first inning. The score would remain 2-0 until the Knights responded in the third inning. Sydney Illg tied the game at 2-2 with a two-run triple to right before later scoring on an error by third baseman Nattie Murillo to give the Knights their first lead of the game, 3-2.

In the fourth inning, Murillo responded by hitting a two-run single to put the Beavers back ahead, 4-3. The hit sparked a team-wide rally with Cain and Wendt both contributing with a RBI and scoring on a wild pitch. The Beavers held a 7-3 lead after four.

It would remain 7-3 until the sixth inning when a sacrifice fly from Alyssa Barnhart made it 8-3. Ashtyn Miller took it the rest of the way for the Beavers, allowing two runs on eight hits and walking three while striking out seven across seven innings. Miller earned her 12th win of the season. Three Beavers recorded multi-hit performances — Jamie Wendt (four), Chloe Wells (three) and Carlee Guyett (two). 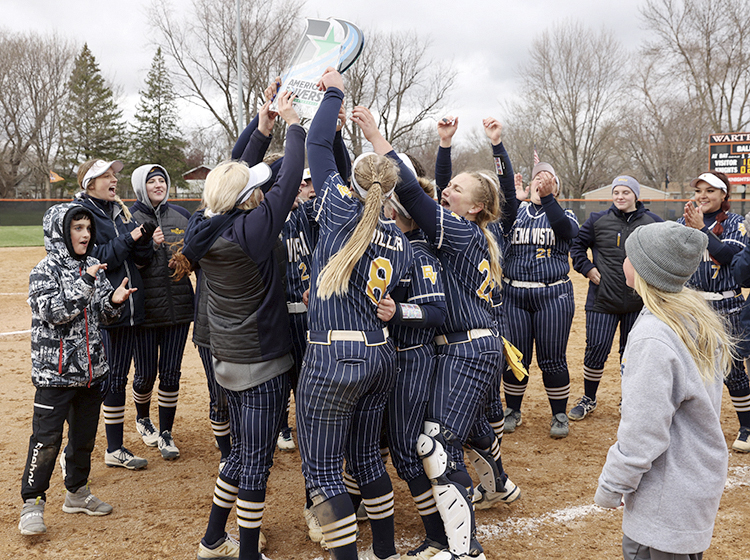 The Beavers got off to another strong start in game two, picking up an early 1-0 lead after a first inning RBI single by Cain. The Knights responded with a pair of RBI hits in the second and a solo home run from Tarah Wehde in the third to give the Knights a 4-1 lead after three innings.

The Knights tried to respond late with a solo home run from Illg, but their efforts fell short as Peyton Gross took the Beavers the rest of the way. Gross picked up her 10th win after allowing five runs on eight hits, walking three and striking out five over seven innings. Three Beavers recorded a multi-hit performance — Murillo (four), Guyett (two) and Wells (two).

“We worked all season for an ARC championship title and (Sunday) shows how much it paid off,” BVU outfielder Savanna Pohlmann said. “Every single person on the team played a part in getting us to where we are. This is the most deserving team I have been a part of.”

BVU drew the No. 1 seed and will host this weekend’s American Rivers Conference Tournament. The Beavers (26-12) play the winner of a game between Wartburg and Luther on Friday at 11 a.m. at the BVU/Storm Lake High School Field.