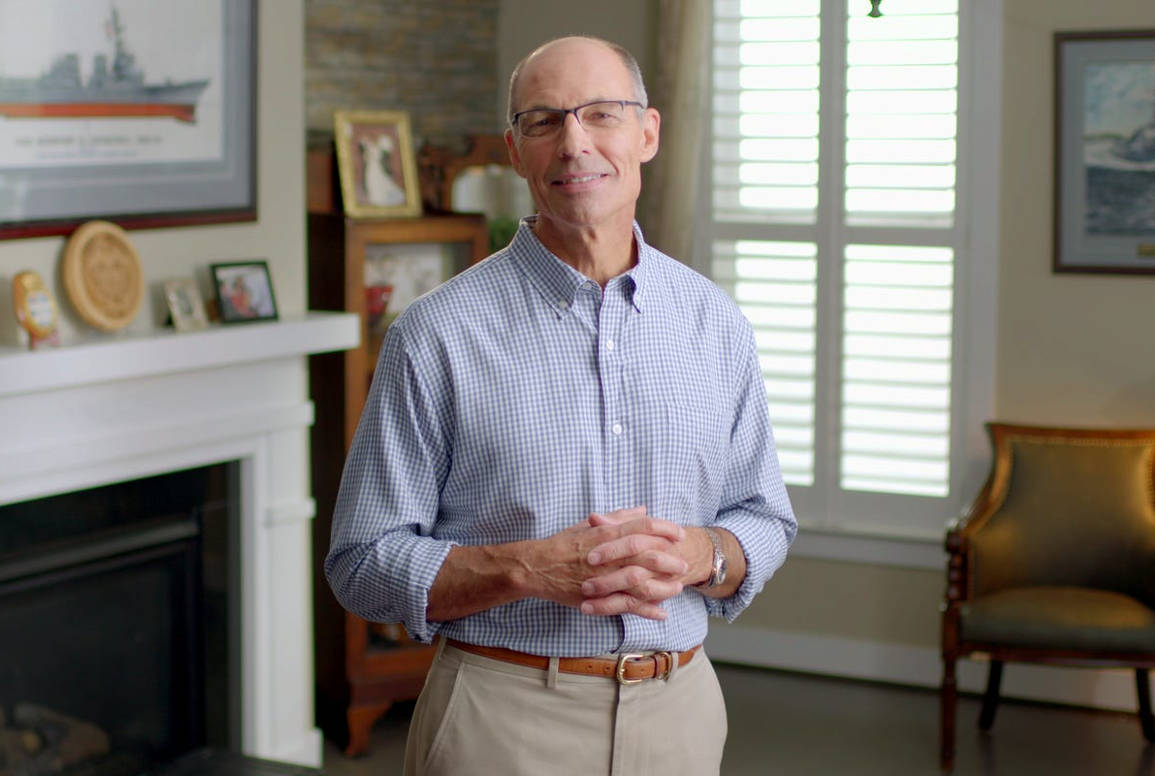 Admiral Mike Franken decided to retire from the Navy when Donald Trump became commander-in-chief. He moved back to Sioux City and immediately set upon running for the U.S. Senate, first in 2020 and again this year on the theme of defending democracy at home and abroad. It’s the right message at the right time that deserves special consideration by Democrats as the June nomination primary election approaches, because Franken is striking a chord.

Franken is running a campaign centered around patriotism at a time when Ukraine is reacquainting us with what freedom means. Americans overwhelmingly agree that Ukraine deserves all the support we can muster as the proxy against fascist aggression. We are fighting authoritarian lies from Russia, and we are battling the same complex of disinformation right here in Iowa. Sen. Chuck Grassley has done nothing to bring traitors from Jan. 6 to justice or to get to the root of what caused an insurrection against the greatest free Republic in the history of the world.

That’s what Franken leads with.

His other main emphasis is how Iowa can be a world leader in renewable energy innovation in the face of climate change. With advanced degrees in physics and decades of real-world experience in the military, Franken understands science. He understands the threat. He sees the opportunities for Iowa in wind, solar and biomass energy.

Franken was reared in a Sioux County machine shop at Lebanon — it doesn’t get more rural than that. He worked his way through college at the packinghouse in the summers. He rose through the ranks to take command of the US African fleet and coordinated the military response when Ebola hit the continent.

He has perfect credentials for the job. Iowa could be proud to send an expert in emergency preparedness to the Senate during this age of pandemics and open warfare in Europe. One who understands how biofuels could dramatically reduce carbon emissions from air travel, and how a smart grid can be developed to meter wind power for ebbs and flows. And, a person who has devoted himself to upholding an oath to honor and the Constitution. We need that sort of spine more than ever.

The House Republican minority leader is lying about what he said on Jan. 6, 2020 for fear of alienating Trump and his loyalists. Just two members of the GOP are participating in the Congressional inquiry into the insurrection. The Big Lie that the 2020 election was stolen continues to be amplified. Grassley hid from the conscience of the Iowa farmer he once knew.

People thirst for integrity. They are inspired by the cause of freedom and dignity — look at the donations, and even young fighters, streaming to Ukraine. They can see the perils of relying on fossil fuels controlled by despots. They are alarmed by those who would ban books or sanction teachers. The great majority of us celebrate science that produces miraculous vaccines and promises a clean energy future that can heal the planet.

Franken has what it takes to lead Iowa Democrats out of the wilderness.

He has a full well of confidence that it takes to be a leader. He is honest in his answers. His message is this:

Freedom is under assault. In Europe, in the classroom, in the legislature, in Latin America driving refugees to our border. With it comes an assault on human dignity: the worker, the soldier, the infirm. It’s time to muster the greatness of America and march forward. That’s the essence of Franken’s message.

Iowa needs two parties. We need a fresh approach from Grassley being a lap dog for Senate Minority Leader Mitch McConnell. Franken is outside the power structure of elite politics (his animus for Senate Democratic Leader Chuck Schumer is well-known). He is calling for us to come together around the founding American principles of liberty, tolerance and dedication to the truth, to gather around our highest aspirations for strength.

Stand up to the book banners and those who label the free press an enemy of the people. Never give in to the authoritarians. Engage in the fight for science and facts. Believe in a future Iowa built around sustainable food and energy security. It’s what we need to hear right now. There’s a reason he is gaining momentum.