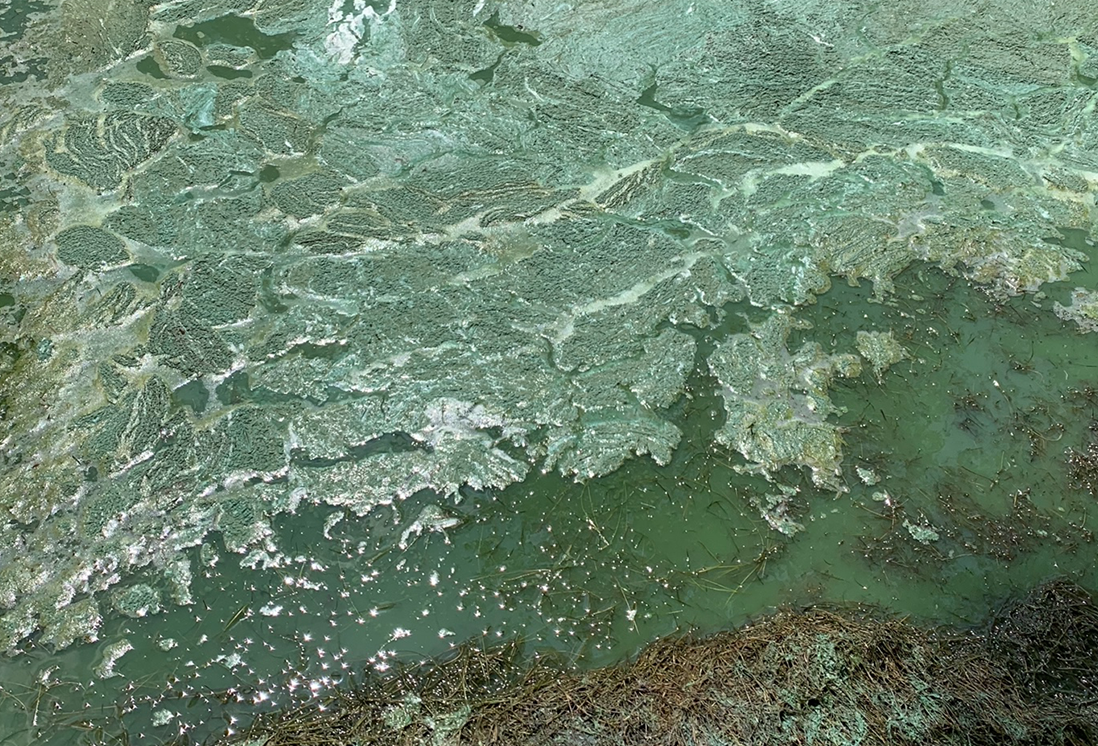 A blue-green algae bloom on Storm Lake last week, like the one pictured near the Kiwanis Community Sailing docks, has led to DNR testing. (Photo by Jake Kurtz)

The results were collected last Thursday and analyzed at the state hygienic lab on Friday, according to Storm Lake City Manager Keri Navratil.

“There were no detects for (either toxin) in any of the samples,” Navratil told The Times of the samples that were collected from Bel Air Beach, Circle Park and Awaysis Beach. “Things can change in the future, but for now, this bloom looks to be of the non-toxin producing variety.”

Last Monday, the DNR was notified of a green, scum-like surface that emerged near the Kiwanis Docks on Lakeshore Drive. The scum appeared to be algae, which was once considered a rarity on Storm Lake, but city administration declined to put up signs warning the public of the associated hazards of swimming in algae. The city, which owns all of the beaches in city limits, wanted to wait until the DNR determined whether the bloom was toxic.