Alta-Aurelia dominates in second half to pull away, beat Harris-Lake Park 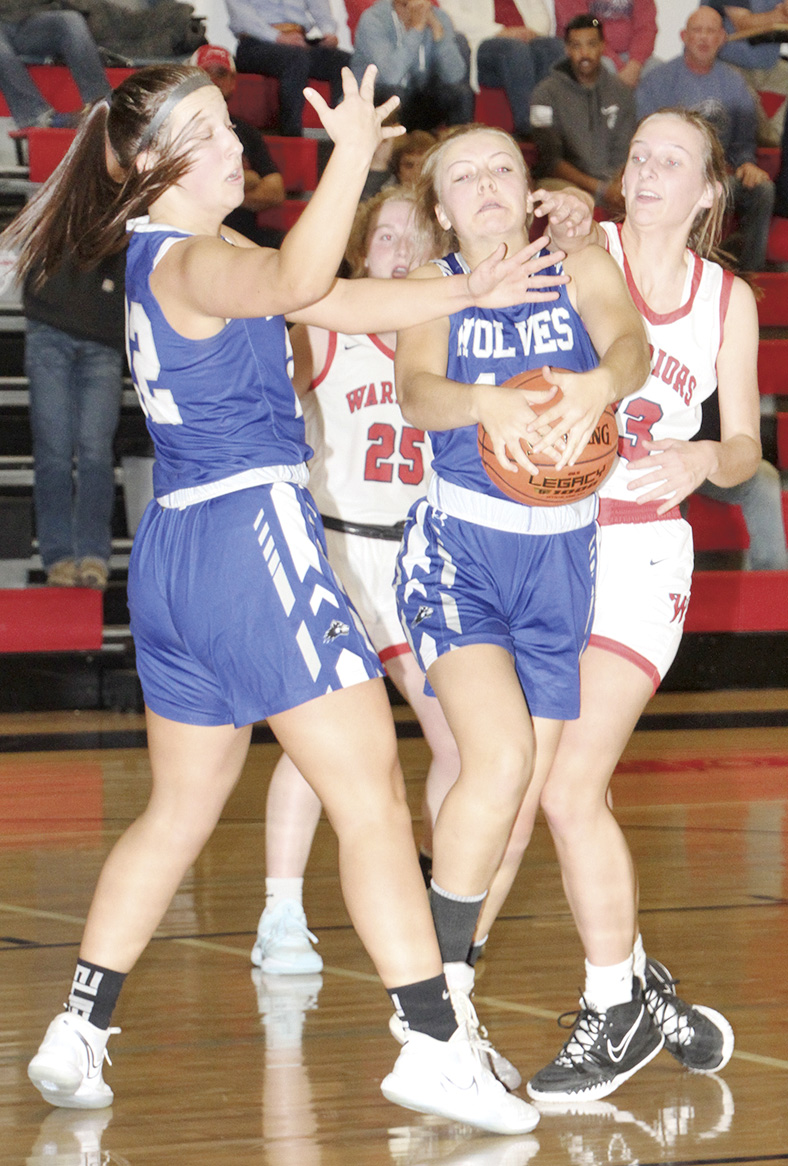 Alta-Aurelia outscored Harris-Lake Park 33-6 in the second half to pull away and beat the Wolves 61-26 in a nonconference game on Monday night at Alta.

Alta-Aurelia jumped out to a 10-2 lead after the first quarter. The Warriors held a 28-20 lead at halftime before extending the lead to 46-22 by the end of the third quarter. 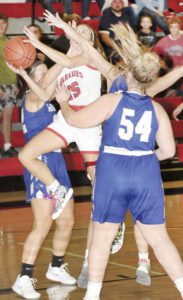 Alta-Aurelia’s Brielle Engelmann attempts a shot between Harris-Lake Park’s Rylie Wittrock and Allison Wallace during their game on Monday night in Alta.

“We didn’t play our best basketball in the first two quarters and got in some foul trouble, but came out after halftime and played our game and only gave up six points,” Alta-Aurelia coach Dana Christen said. “We played aggressive and shot well in quarters three and four. I am so proud of the girls and how they were able to dig deep and find our rhythm.”